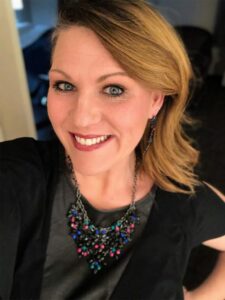 Dr. Amanda M. Knapp joined the UMBC community in May 2011 and currently serves as the Associate Vice Provost and Assistant Dean, Undergraduate Academic Affairs. In this role, Dr. Knapp is responsible for the management of the Academic Success Center, providing centralized support services to all undergraduate students at UMBC across three broad areas: Academic Learning Resources, Academic Standards and Policy Administration and Academic Advocacy. Knapp works collaboratively with the Vice Provost and Dean, Undergraduate Academic Affairs, providing leadership and vision in the areas of student retention, academic success, and graduation. Knapp also works closely with the University’s Undergraduate Student Success Committee (UgSSC) and its standing committees to communicate, facilitate, coordinate, and lead strategies that serve as a comprehensive approach to improve undergraduate student persistence, progression, and degree completion in support of key strategic University goals and measures by removing barriers to academic success.

Another focal point of Dr. Knapp’s responsibility includes work as a Student Success Analyst. In this role, Dr. Knapp retrieves and evaluates data from multiple warehouses, including predictive analytics, and uses those data in an academically meaningful way to construct intervention strategies, increase graduation and retention rates, and evaluate outcomes.

Additionally, Dr. Knapp serves as the Student Success Execution Lead for the Strategic Enrollment Planning Process as well as serves on various campus groups including the Undergraduate Council, Academic Conduct Committee, Academic Integrity Committee, Campus Systems Executive Committee, First Generation Network and the SA Academic Advisory Committee. As Chair, Dr. Knapp also leads the Academic Standards Executive Committee and the Graduation Petition Committee, two campus groups committed to taking a proactive look at a broad range of policy issues impacting student success. In 2020-2021, Knapp was awarded with the Presidential Distinguished Professional Staff Award in recognition for exceptional performance, leadership and service to the campus community, and an unwavering dedication to student success as well as the Job Well Done Award for working closely and collaboratively with a cross-functional team to build a case management system using tools and systems, including the Request Tracker (RT) system and the REX Data Warehouse. Other notable service to the campus community includes Chair of the Verification of Compliance with Accreditation Relevant Federal Regulations Review and Vice Chair of the Middle States Accreditation and Self-Study Operating Committee. As a priority, Dr. Knapp’s efforts are centered on being a student advocate to ensure that they are treated fairly and equitably in all matters of policy.

Prior to joining the UMBC community, Dr. Knapp worked at a variety of institutions including the University at Buffalo, D’Youville College as well as the University of Maryland University College (UMUC) where she served for nearly ten years. Throughout her time at UMUC Dr. Knapp represented the university on many levels. As an administrator, Dr. Knapp was nominated for the Outstanding Educator of the Year Award from the Maryland Higher Education Commission (MHEC) having served the university as the executive assistant to the provost, administrative director of criminal justice, assistant director academic support for the Business and Management Department and senior academic advisor. As an Adjunct Assistant Professor at UMUC, Dr. Knapp earned multiple nominations for the Stanley J. Drazek Teaching Excellence Award.

Since 2009, Dr. Knapp has served on the Executive Council of the University System of Maryland, Women’s Forum (USMWF), a group sanctioned by the Chancellor for purposes of promoting life-long learning, professional development, networking and mentoring opportunities to faculty, staff and students. Dr. Knapp also volunteers her time to the Howard County Public School System (HCPSS) and has provided service as a member of the Digital Education Policy Committee and several other professional organizations such as the National Association of Student Personnel Administrators (NASPA) and the Hugh O’Brian Youth Foundation (HOBY). She has presented on a variety of topics at conferences such as the National Student Success Conference (Academic Advocacy, An Emerging Solution to Turning Information into Action), National Academic Advising Association (NACADA) and the Maryland Distance Learning Association (MDLA). Dr. Knapp also serves as the Vice President for the Honor Society of Phi Kappa Phi (PKP), Chapter 22 UM-UMBC. In 2018, Dr. Knapp was awarded with a Love of Learning Award based on academic achievement and service to the campus and the community.

At the University at Buffalo, Dr. Knapp earned a B.S. in Business Administration with a focus on Human Resources Management as well as an Ed.M. in Education with a focus on Higher Education Administration. Dr. Knapp also holds a Ph.D. in Education Policy from the University of Maryland College Park where her research examined the relationship between best online instructional practices and undergraduate student perceptions of instructor credibility. Dr. Knapp’s research was recognized by the Sloan Consortium (Sloan-C) in which she was presented with an Effective Practice Award in 2013. Dr. Knapp’s research has also been recognized by the Graduate School of Education at John’s Hopkins University in which she currently holds an adjunct faculty teaching position.

As a first generation college student with a Ph.D., Dr. Knapp has blended a career in higher education with off-road motorcycle racing, a sport she is passionate about, to help students, “stay on track.” Dr. Knapp travels the country racing competitively and is the Women’s Class Champion for the AMA East Hare Scrambles and the Sprint Cross Country Series. She has been featured on the cover of American Motorcyclist Magazine as well as in several other issues in which her love of Riding as a Family is the focus. Dr. Knapp’s contributions to the motorcycling community has also been published in Women Who Ride: Rebel Souls, Golden Hearts and Iron Horses book, highlighted in the Baltimore Sun-Howard Magazine, UMBC Magazine, Terp Magazine, Buffalo Business Magazine, Maryland Today and by Dirt Bike Girl Adventures for her efforts in “changing perceptions,” “outracing stereotypes” and “pushing past obstacles.” Most recently, Dr. Knapp was featured on NBC Sports Network and Race Day Live where her story was highlighted by Toyota Makeup2Mud for Monster Energy Supercross.